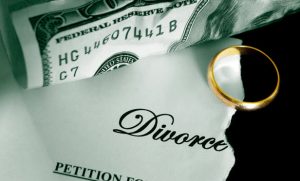 New Jersey is moving closer to a method of divorce fashioned in meeting rooms rather than courtrooms. A bill passed unanimously by the state Senate Budget and Appropriations Committee on Thursday would allow divorcing spouses to hire legal counsel trained in collaborative practices to resolve their cases less litigiously and so less expensively.

Couples could have a marriage dissolved without court intervention through a process similar to mediation, in which both sides would be required to provide “timely, full and candid disclosure” of relevant information, such as finances, without either side having to resort to discovery.

The Family Collaborative Law Act, S-1224, now goes to the full Senate. If it is enacted, New Jersey would join eight other states—Alabama, Florida, Hawaii, Nevada, Ohio, Texas, Utah and Washington—as well as the District of Columbia that allow such a process.

The bill is modeled on a 2013 proposal by the New Jersey Law Revision Commission and the national Uniform Law Commission.

The collaborative law process would end if one party gives notice for any reason, either party files a document that initiates a court proceeding without first obtaining the permission of the other party, either party is subject to or obtains a temporary or final restraining order under the Prevention of Domestic Violence Act, either party files a motion for emergent relief, a party fails to provide information necessary to resolve the dispute or if the collaborative lawyer withdraws from the proceedings.

The bill, which already has been passed by the Senate Judiciary Committee, is co-sponsored by that committee’s chairman, Sen. Nicholas Scutari, D-Union, and by Sen. Loretta Weinberg, D-Bergen.

An identical version, A-1477, is pending before the Assembly Human Services Committee.

How Can We Help?

Get effective legal guidance today! Call us now and schedule your consultation.

Peter E. Bort’s practice is grounded in the philosophy that a mindful approach to divorce and family law is a highly effective way for couples and families to reach simple, graceful solutions. Through mediation and collaborative divorce methods, he assists clients with divorce, alimony and support arrangements, child custody, prenuptial agreements, and more.

Let us help you come to a resolution. Speak to a member of our team to arrange a consultation.